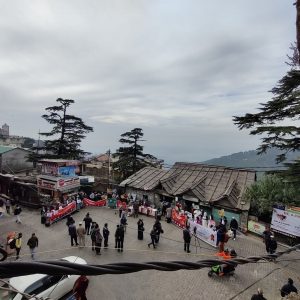 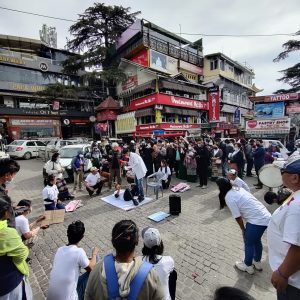 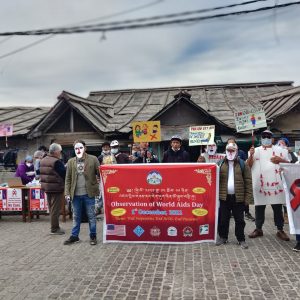 Campaign at the Mcleodganj main square.

Dharamsala: Every year, on 1st December the #HIV & #AIDS Prevention Desk of the Department of Health, CTA in collaboration with Tibetan Medicine and Astro-Science Institute (TMAI), Delek Hospital, Tibetan Women’s Association Dharamsala, and Kunphen Rehab Center organized a comprehensive awareness campaign in Dharamsala on the World AIDS Day. The full-day awareness rally began in the morning from Yongling School and on reaching the Mcleod’s Main Circle, Mr. Tenzin Sonam from the Health Department, addressed the public and the media on the Disease. Similarly, Mrs. Kalden from TMAI also addressed the same. The beneficiaries of the Kunphen Rehab Center performed skits that focused on fighting the stigma and conveying facts about the disease. A separate desk was set up from the Health Department to check the sugar level and blood pressure and as well as HIV test from Delek Hospital for free to the public. The campaign continued by performing the same at the headquarters of TMAI in the afternoon and ended on a high note by performing at the CTA headquarters in the evening after office hours. Similarly, awareness campaigns were carried out at Hospitals, Health Centers, and Schools under CTA at Settlements across India.