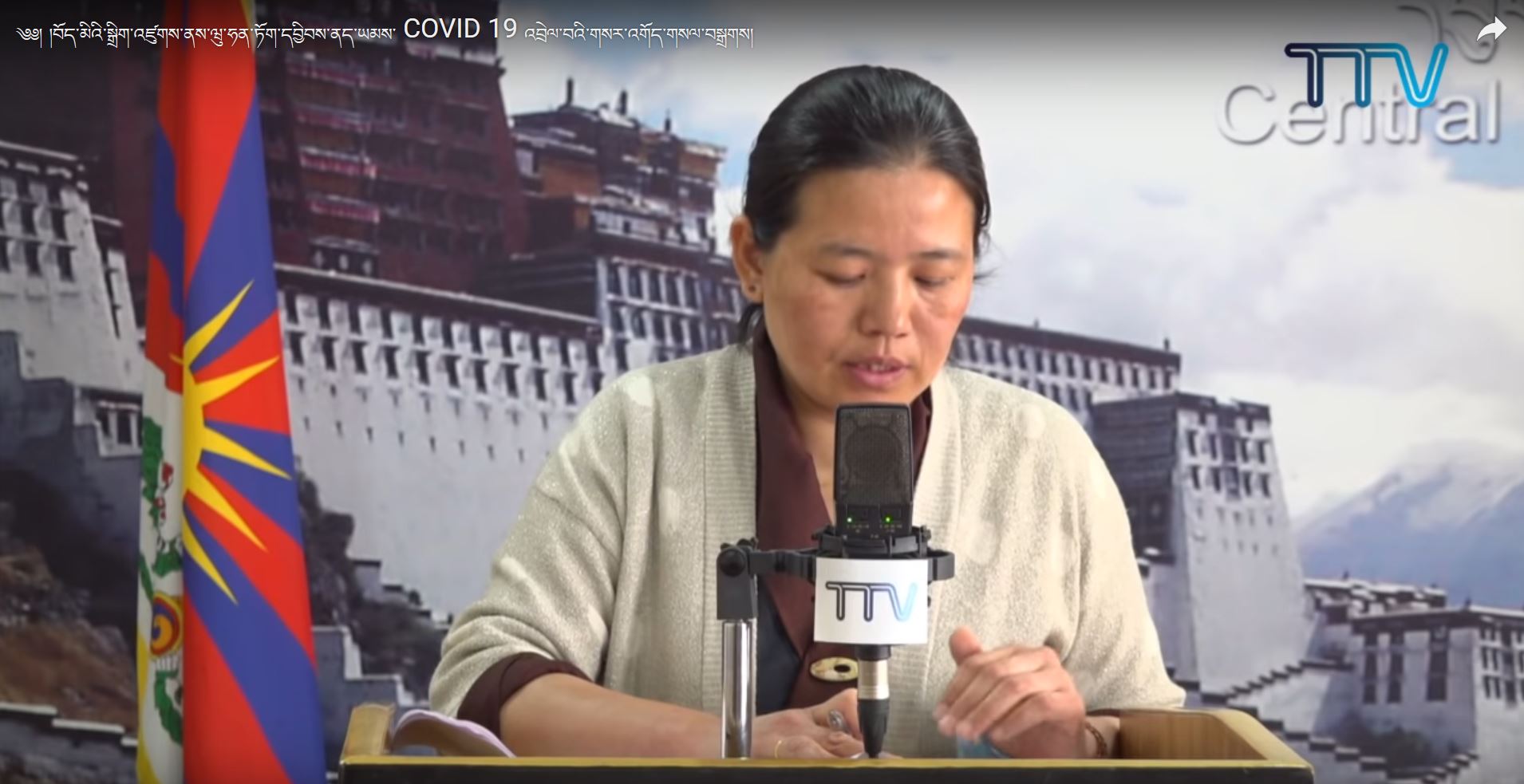 Dharamshala: The Central Tibetan Administration’s Task Force for the Wuhan origin, COVID-19 pandemic addressed the press today on the status of active cases worldwide and particularly in the Tibetan community and the response measures being taken.

Dr. Tsering Tsamchoe, member of the CTA Task Force highlighted the recent measures being initiated by the committee and presented the statistic update on COVID-19.

“As of now, since 23 March around 1617 people from India and Nepal have been put into self-isolation,” informed Dr. Tsamchoe.

And for the recent measures taken by the committee, she mentioned that the door-to-door pilot test was conducted on1031 people including CTA officials and employees around Ghanchen Kyishong and nearby monasteries and school. Out of which 4 people showed mild symptoms of the virus and were immediately sent for further tests at Delek hospital.

“It is so likely that from 3 May onwards the lock-down may get eased which means a potential second wave is possible, therefore we encourage more health care workers to step forward and volunteer”.

In order to avoid the potential risk of the second wave after 3 May, Dr. Tsamchoe notified that the committees have held discussions and issued guidelines to respective settlements in India to follow. In the guidelines, it is notified that each settlement has to maintain a register recording the names and related detailed information of all outsiders entering the settlement. Similarly, they are to be tested for the infection before entering the settlement.

Likewise, routine sanitization of the settlement including ensuring to wear a mask at all times and distribution of personal protective equipment to be strictly implemented.

In addition to the guidelines, the outsiders and non-residents must consent to self-quarantine for a period of 28 days all the while maintaining social distancing at all times and avoiding gathering of any sort.

She further urged to avoid non-essential traveling and outing even when the lockdown is no longer imposed.

“In case of any grievance related to guidelines, one can visit the Department of Health’s official website to voice their grievances and offer suggestions. So far, we haven’t had a single case in our community so let us ensure it remains like this in the future course”, she concluded.

Watch here the Press briefing and read the report in Tibetan