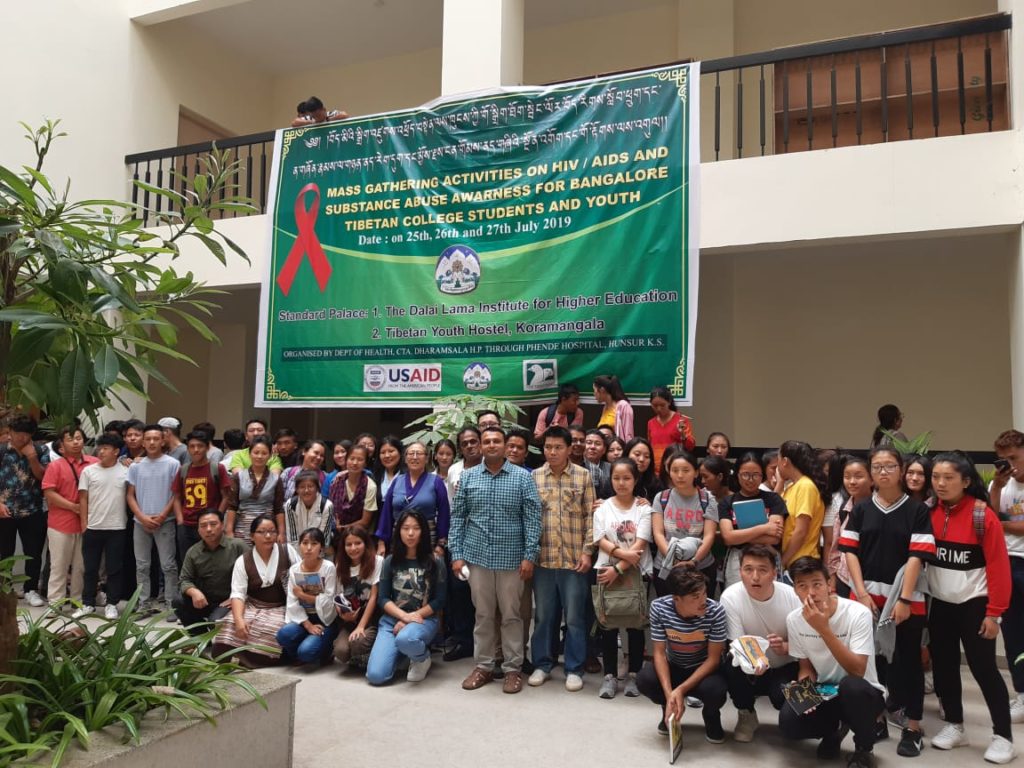 Dharamshala: The Department of Health, CTA with funding from USAID carried out Substance Abuse and HIV/AIDS awareness campaign in various Tibetan communities through its network of hospitals, health centres and other various institutions.

As the awareness campaign about Substance Abuse and HIV/AIDS is primarily focused on the youth, special funding assistance are being provided to the schools. The Department of Health on its part also prioritises maximum emphasis on educating Tibetans on preventive measures and provides medical and treatment support to the drug abusers through rehabilitation facilities.

Substance abuse is a pattern of repeated drug or alcohol use that often interferes with health, work or social relationships. And it is not only a problem arising out of the availability of psychoactive drugs but it has a great deal to do with social conditions which create the demand for consumption of such substances.  Therefore, the approach is to recognize drug abuse as a psycho-social medical problem which can be best handled through community-based interventions.

In the month of July, August and September, waves of awareness campaign against Substance Abuse and HIV/AIDS was held in different parts of India under the initiative of the Department of Health, CTA. 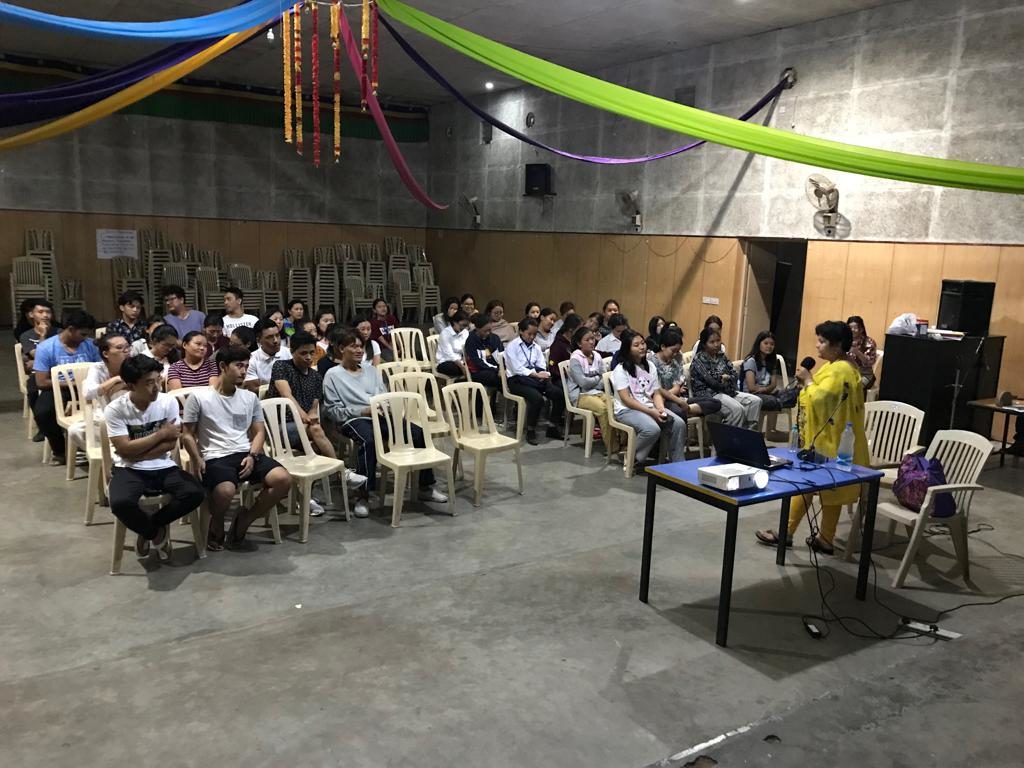 College students residing in Tibetan Youth Hostel, Bangalore were given a talk on HIV/AIDS by Dr Tenzin Norsang and Substance Abuse talk by Dr Pallavia Joshi MD (Psychiatrist) from Columbia Asia Hospital from 25-27 August. Both of Dr. stressed on the importance of preventive care, maintaining a healthy life by eating healthy food, keen in doing physical activities, social interaction, safe sex and drawback of using drugs and consuming alcohol which leads to life at cost. An awareness skit show was organised by college students and participants were felicitated. 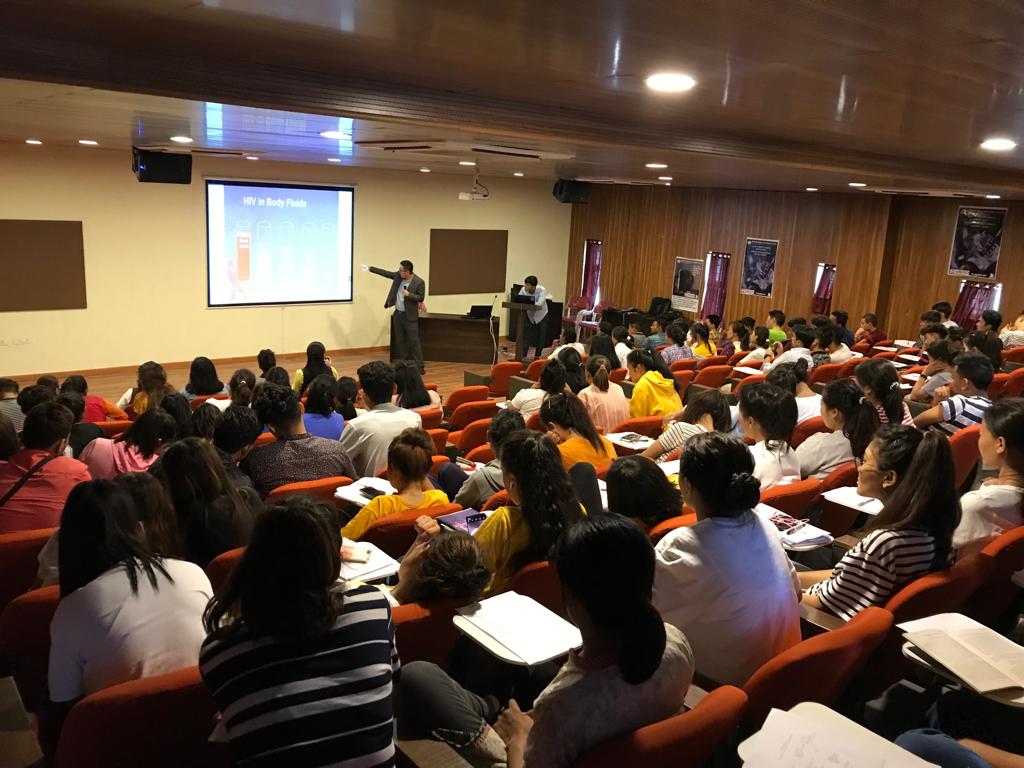 Dr. Norsang delivering giving a presentation on HIV/AIDS at the Dalai Lama Institute for Higher Education.

A two-day awareness campaign for college going students was conducted at Tibetan Youth Hostel, Delhi from 7-8 August. Awareness on HIV/AIDS and safe sex were held on 7 August and Substance abuse and its addiction on 8 August. Tenzin Kunsang from DoHe talked about HIV/AIDS, safe sex and its importance to the students with powerpoint presentation and videos, whereas discussion on the current status of HIV/AIDS and their grievances in our society by the department’s program coordinator.

Counselor Ranjan and his assistant from Shafa home rehabilitation centre at Delhi briefed on Substance Abuse and its consequences to the college students in Tibetan Youth Hostel, Delhi on 8 August. Thereafter former drug addict shared his personal experience of consuming drugs and how it affected his life and his health as well. He requested youngster not to indulge oneself in such activities that result in further pain, sorrows and struggles later in life. He also talked about quitting Substances as it’s never too late to quit and stop using Substances for the benefit of oneself, family and the society as a whole. 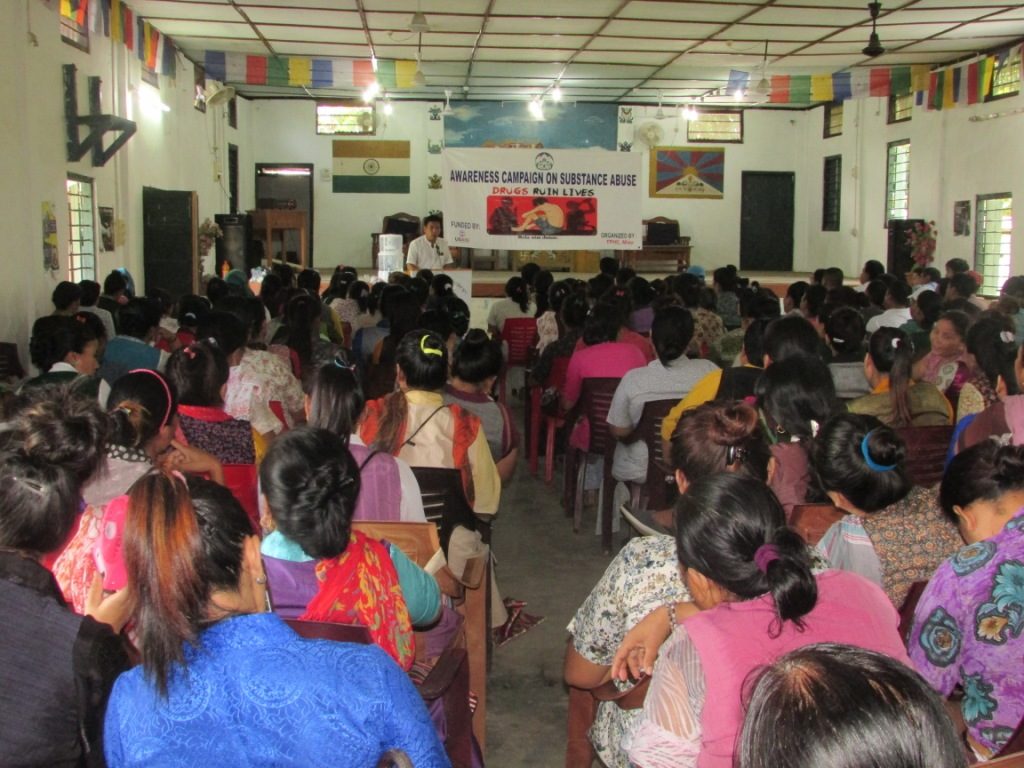 Tibetan Primary Health Center and Settlement Office, Miao jointly held an awareness campaign against Drug Abuse in the Settlement on 28 August. Doctor Tenzin Tsundue la gave a talk on substance use disorder and its effect. Settlements Officer Tenzin Chokden afterwards talked about growing in the number of new drug cases in Tibetan Community and requested youths not to get involved in such activities. Thereafter, a marathon event was organised between and male and female during the morning and Volleyball match between the staff and Ex-Army team with the goal to spread awareness on substance abuse and to promote a drug-free community. Finally, Miao executive secretary Mr Tenzin Lhawang delivered a vote of thanks. 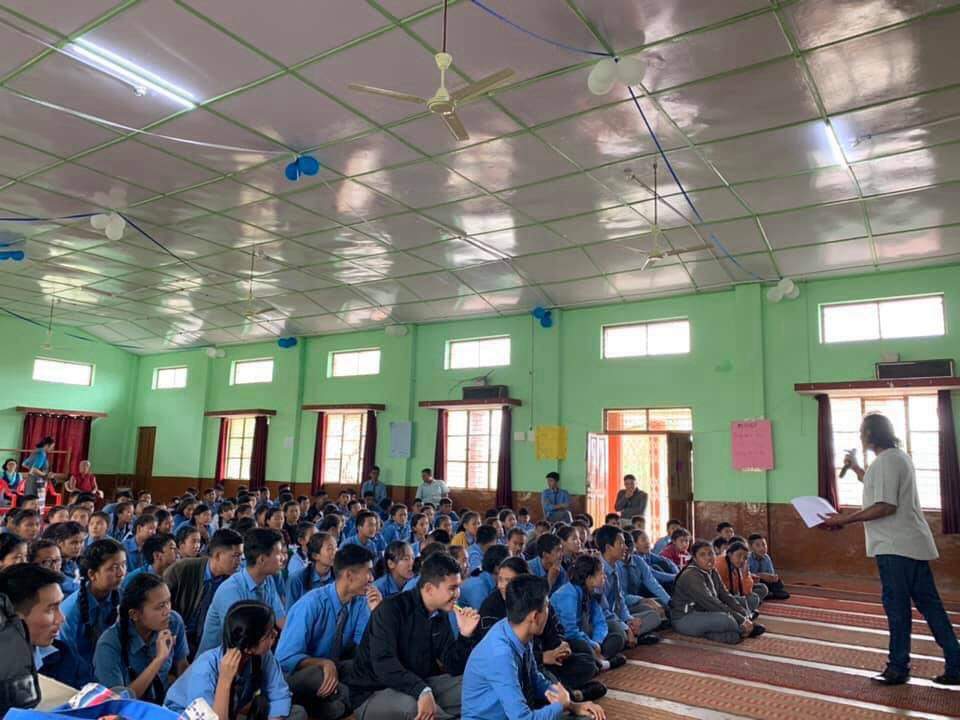 Tsojhe Khangsar Hospital, Bylakuppe initiated awareness campaign in schools and Tsojhe staff with resource person from High Power Foundation, Bangalore from 6-7 September. Awareness campaign on Substance Abuse was conducted at STS Bylakuppe and SOS TCV Bylakuppe School followed by talk and discussion with Tsojhe staff on Substance abuse and its effects. This campaign is follow up to the awareness program conducted last year by the Higher power foundation rehabilitation centre, Banglore. 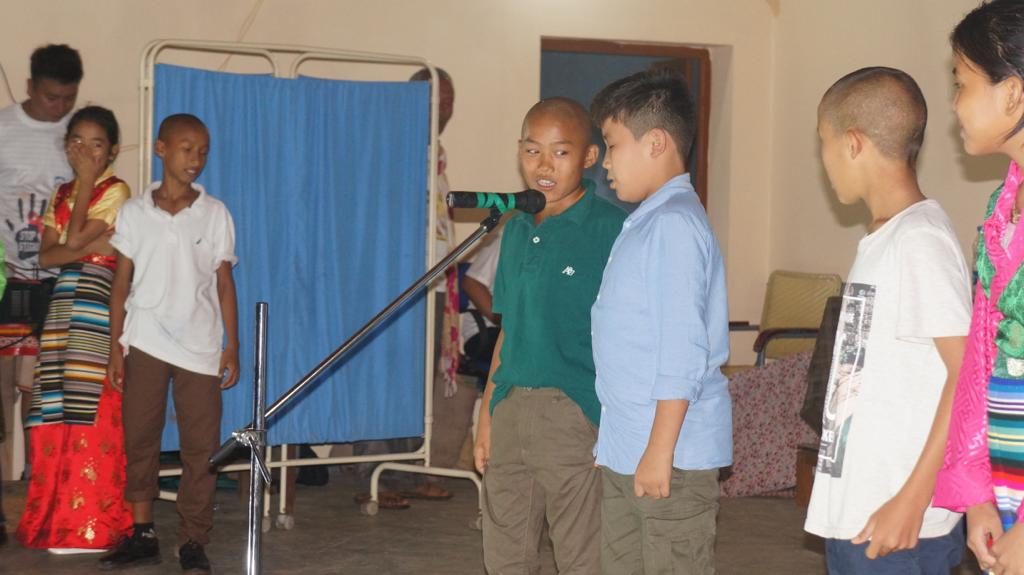 Phuntsokling Menlha hospital, Odisha organized an awareness program on Substance Abuse and HIV/AIDS to the community people including STS students on 7 September. Mr Prabhu Dutt Patel with his two colleagues from Samarpan Drug and Alcohol rehabilitation centre briefed on Drug Abuse and its effects in life and also advised parents not to drink alcohol in front of children as its impact to children will be worse. life experiences of Drug addicts were also shared with the audience by former drug addicts. A skit on Substance Abuse and HIV/AIDS were performed by STS school students which inspired many parents to come and participate in the event. Doctor Tenzin Wangchuk explained and gave a talk on Substance Abuse and HIV/AIDS followed by a vote of thanks to all the public and students who have participated in skit performance. Free T-shirts with a message on Substance abuse and HIV were distributed among the public to raise awareness. 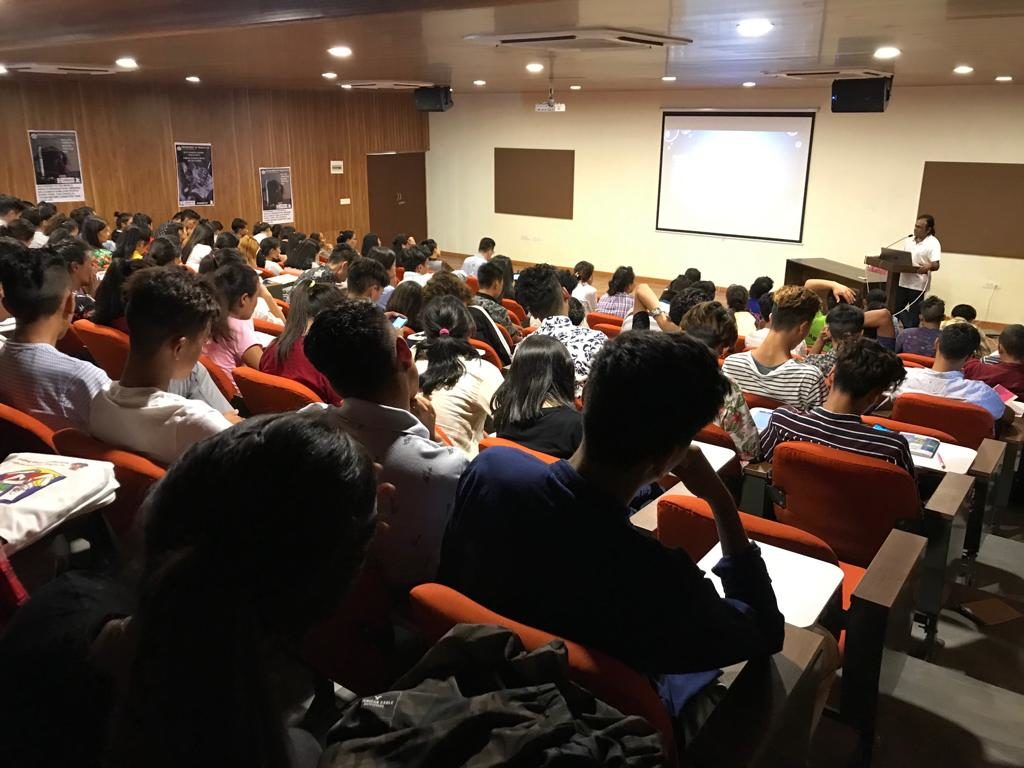 Mr Bhaskar, a psychologist at High Power Foundation, Bangalore giving a presentation on Substance Abuse and its impact to the students of The Dalai Lama Institute for Higher Education.

Department of Health with ranges and waves of activities tries to bring awareness on Substance abuse and HIV in our community and will continue to do so in the future as well considering the need for continued awareness and education for our general public. The awareness campaign was funded by USAID via Tibet Fund. 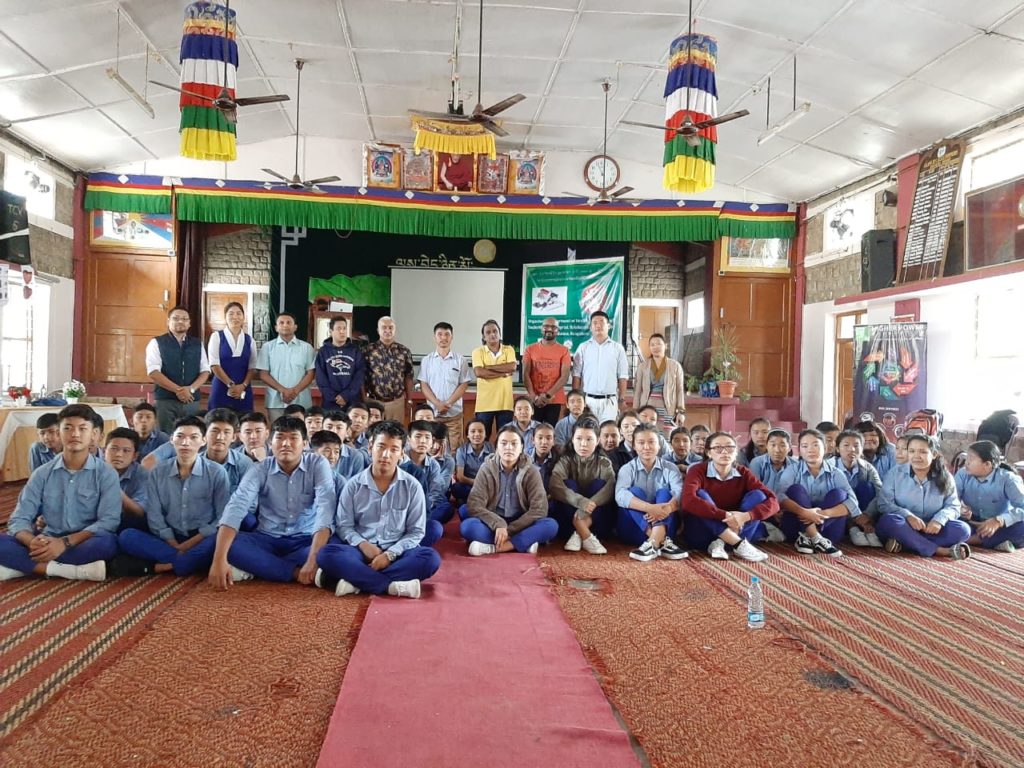 A group photo of the staff, students and speakers after the Substance abuse awareness event at SOS TCV Bylakuppe. 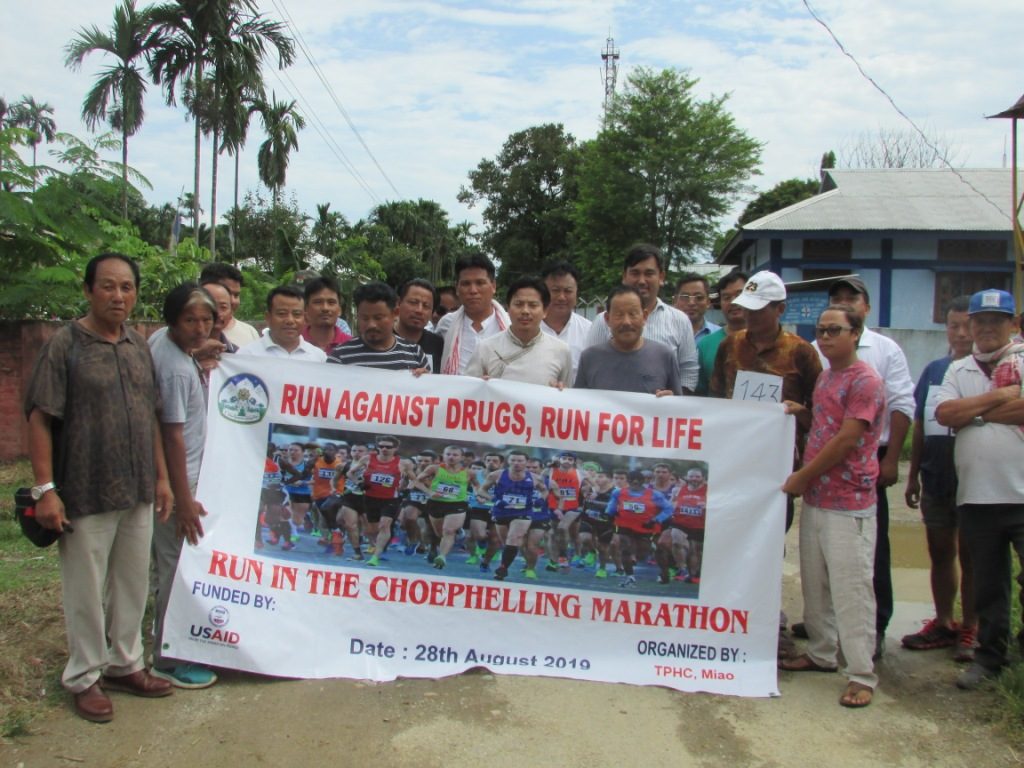 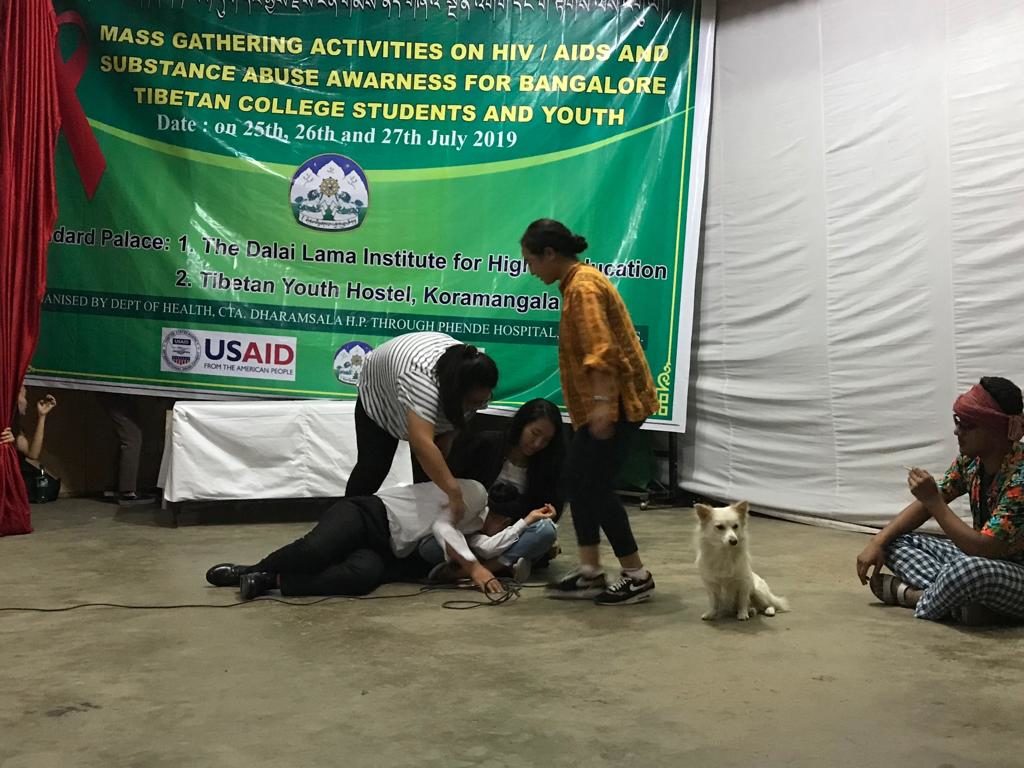