Dharamshala: 6th July is one of the most celebrated days in the Tibetan community as it happens to be the birth anniversary of His Holiness The Great 14th Dalai Lama. Tibetans across the globe gather to celebrate the day with functions including traditional and contemporary dances. Health Education desk of the Department of Health, CTA seizing the opportunity of the large gathering, coordinated with Tibetan Settlement Offices to organize a skit at respective settlements to create awareness of the importance of nutrition. After reaching out, Eight settlements were able to arrange a skit on the day. They are Hunsur, Bylakuppe, Mundgod, Bhandhara, Mainpat, Kalimpong,  Miao and Bir Dege. Each performing team was given a brief orientation through a virtual meeting prior to a month on the background, objective, and target message that were to be disseminated to the general public. The focus was to avoid junk food, aerated drinks, and energy drinks whose popularity is steadily growing.  For many, the method to create awareness felt to be a bit different approach from the usual awareness. The success of the events at respective settlements is a  result of collective effort from all the team lead and coordination from the Settlement offices.

Performance by Mundgod Class 12 and 6. 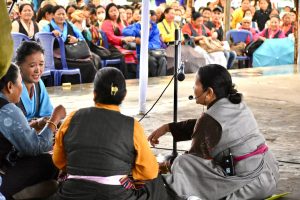 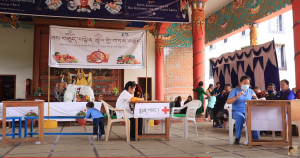 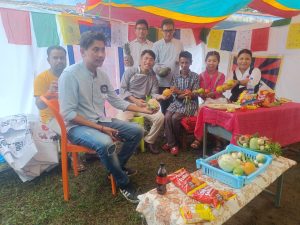