DHARAMSHALA: The Department of Health, CTA convened a “Workshop on Awareness and Enrollment Planning of Tibetan Medicare System” today at the Administrative Training & Welfare Society (ATWS).

This three-day workshop is being attended by 44 participants from 33 different settlements; they are hospital executives and Tibetan Medicare System (TMS) field dealing staff.

The Tibetan Medicare System is a holistic health plan that aims to improve public health and well-being of the Tibetan community in-exile.

The workshop will focus on how to increase community awareness and membership enrollment of the TMS this upcoming 2020-2021 year.

The opening ceremony kicked off with Sangje Dhondup (TMS Information Technology) welcoming the special guests and all the participants to the TMS workshop, and continued to introduce Nyima Gyaltsen, the Head Officer of TMS.

Nyima Gyaltsen introduced TMS as a system that needs to be able to function in the long-run and be able to cover all Tibetans. He also mentioned how there is always a place for improvement, especially with membership, and that we must all work hard to keep TMS going.

The ceremony continued with Kalon Choekyong Wangchuk as he stressed the importance of an individuals role in the Tibetan community’s health as “lamton” and using your strengths to improve the healthcare system. He further remarked that the participants should set realistic goals and work towards those goals in order to strengthen TMS and most importantly, decrease the burden of the Tibetan people.

Next, Sikyong Lobsang Sangay congratulated the Health department and participants at the increased overall enrollment in TMS this year (27,496 total enrollment) and especially gave thanks to the medical officers and health staff of the Tibetan settlements who have been significant to the success.

He explained the evolution of TMS since it was first discussed in the Tibetan parliament in 2007 and how it came about to its present status.

“Taking into consideration the importance of Tibetan public health, there was much deliberation and discussion for a comprehensive and equitable health care coverage for the public since 2007. Therefore, the Kashag formally launched the Tibetan Medicare System in 2012 to provide holistic healthcare coverage for the public based on a sustainable finance source,” he said.

As a part of the opening ceremony, Sikyong Lobsang Sangay and Health Kalon Choekyong Wangchuk awarded nine settlements with a certificate and reward for surpassing their TMS membership goal for the year. These settlements were Kollegal, Mundgod, Dekyiling, Dharamshala, Ladakh, Tenzingang, Miao, Paonta, and Dalhousie; Bylakuppe Tibetan settlement was also recognized for their efforts.

Health Secretary Palden Dhondup concluded the function with closing remarks and thanks.

The “Workshop on Awareness and Enrollment Planning of Tibetan Medicare System” will conclude on 18 September 2019 and is funded by USAID and The Tibet Fund. 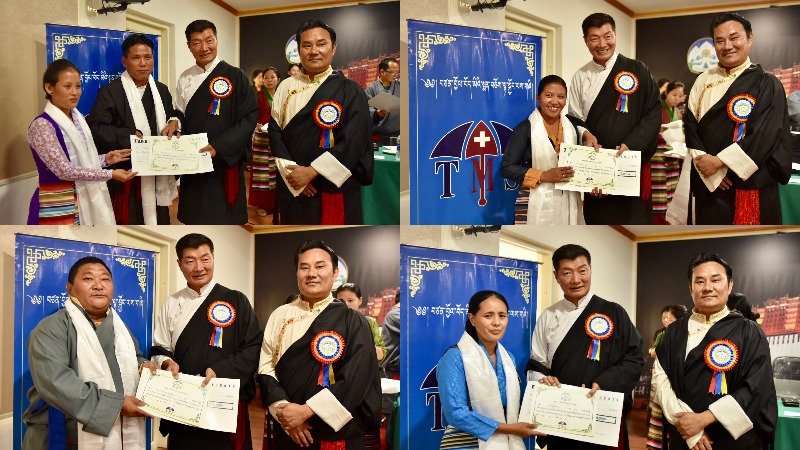