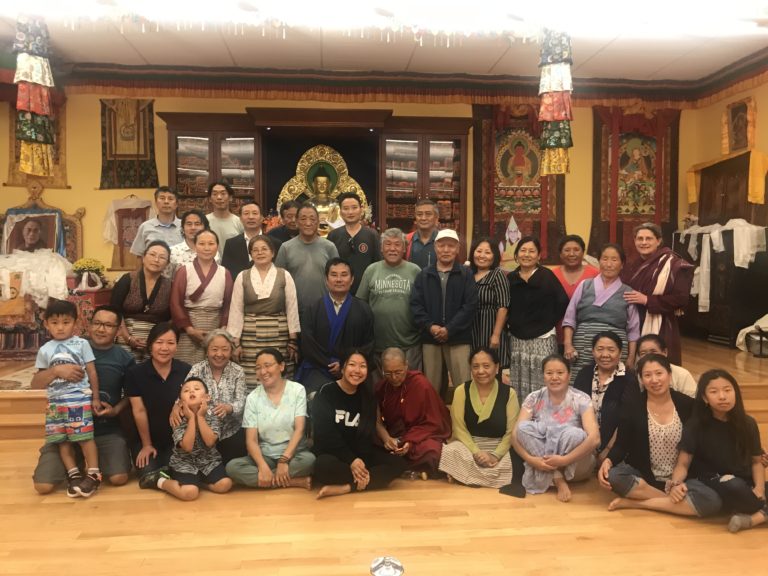 Health Kalon Choekyong Wangchuk with the members of the Portland Tibetan Community.

Portland, Oregon: Kalon Choekyong Wangchuk of the Department of Health, CTA continues his official visit to the U.S. He visited Portland on 3 September. On his arrival at Portland, he was welcomed by Executive members of Northwest Tibetan Cultural Association (NWTCA) and other members.

In the evening, Kalon met with the members of Portland at the community hall.

In his address, Kalon emphasized the importance of unity among Tibetans and moreover, highlighted the responsibilities of the parents and their children to preserve Tibetan identity through Tibetan Language, Buddhism, and morality. He specifically urged the parents to speak in Tibetan to their children at home.

Kalon further spoke on Central Tibetan Administration and Department of Health’s projects including Tibetan Medicare System, Precautionary projects and others.

The public put forward questions and doubts which were efficiently answered by Kalon.

On the next day, Health Kalon left for Los Angeles and addressed the members of the Tibetan community there.

After successfully concluding his official engagements in the U.S, Health Kalon departed for India.

He was accompanied and assisted by Office of Tibet Liaison Officer, Tenzin Tsepak throughout the official tour.