“CTA expresses its utmost support and admiration for all your contribution towards promoting robust health and youth empowerment,” Health Kalon Choekyong Wangchuk addresses the opening ceremony of GCMC

The 2019 season of GCM opened with a match between Dhasa United FC and DYSA Mundgod at Upper TCV ground.

23 Youth teams from Tibetan settlements and communities across the world are competing in the silver jubilee tournament.

In expression of its support for the most anticipated sports event of the year, Speaker Pema Jungney and Kalon of Department of health, Choekyong Wangchuk attended the opening match as chief guest and special guest. 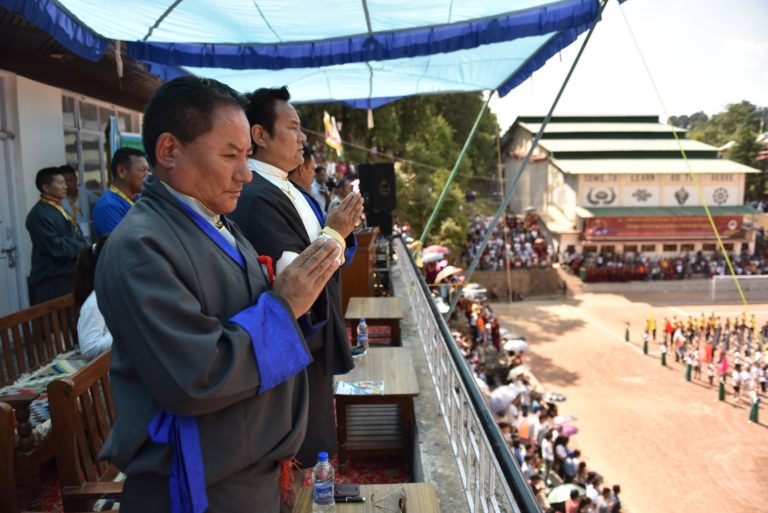 Members of parliament, government and non-governmental officials and other dignitaries also attended.

The gathering observed a minute of silence to remember the martyrs of the Tibet and words of truth was recited.

He gave a brief introduction about the Tibetan National Sports Association marking the 18th year since establishment in the year 2002 whereas it’s almost a year since it has come under the department of health.

Health Kalon Choekyong Wangchuk in his address appreciated the work of Tibetan National Sports Association and the organising team for its efficiency in putting together a massive event in limited time and resource. 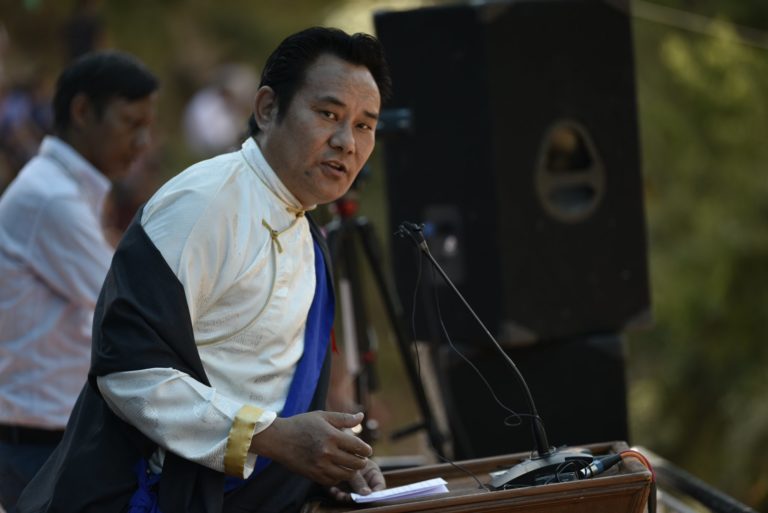 He acknowledged the efforts of the various organisers and contributors in the CONIFA tournament, the women’s football tournament, the GCMGC tournament every year, And the kind support provided by Office of His Holiness the Dalai Lama and Tibetan Children’s Village.

“CTA also expresses its utmost support and admiration for all your contribution towards promoting robust health and youth empowerment,” Kalon said.

“Today is being observed worldwide as ‘No Tobacco Day’. This year’s theme by World Health Organisation (WHO) is Tobacco and Lung health. So taking this opportunity, I urge all gathered here to individually observe a no Tobacco day on this day and encourage friends and family to imbibe the same.

The first match of the tournament between Dhasa United FC and DYSA Mundgod was a tough game until towards the end of the game, DYSA Mundgod scored a winning goal. 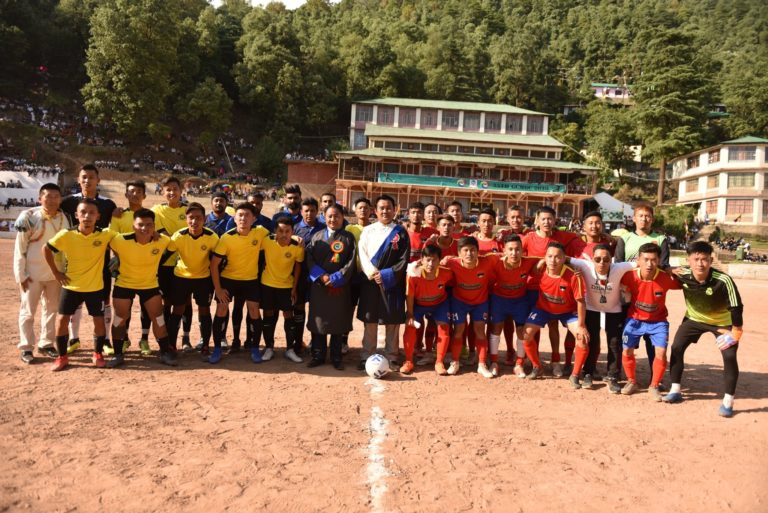